The game reviewers here at Armchair General want to share their top games of 2016. These little gems brought more smiles to our faces in 2016 and helped get our minds off of what was a pretty stress filled year. Full reviews of most of these games can be found on our site but, for some, the full reviews are not done. These are noted as with the words “Full Review Coming Soon” but take it from us, you are being given a sneak preview of the full review. Just don’t tell anyone else ok? It’s just between us.

The Grizzled. This came out in 2015, but the expansion was released this year. Simple, elegant, artful, easy to set up and play. Comrades not included in the box, but who doesn’t like a game that you can bring your friends over for the enjoyment of their company!

Wings of Glory. We love airplanes and aviation. So it makes sense that a game involving them would be here. Be it World War I or World War II, Wings of Glory is tops both for ease of play and for visual appeal. We are looking forward to seeing the new Battle of Britain set coming out next year. Also, for fans of fighting sales, check out Sails of Glory also by Ares Games.

Tiny Epic Galaxies. Got Sci-Fi? This is a fun little game that’s bigger on the inside than is evident on the outside. Give us something with science fiction in it and it will garner our interest. This one kept it too. (Full Review Coming Soon)

Conflict of Heroes – Solo Expansion, Fire Fight Generator and Guadalcanal. It’s been several years since we’ve seen new activity on the Conflict of Heroes front but these two expansions to the Russian Front’s Awakening the Bear and the Guadalcanal Tactical Pacific Combat Game made 2016 a fantastic year for World War 2 tactical gamers.

Main Battle Tank (MBT). James Day’s elegant and dynamic update of his classic 1980s tactical combat game. Adding to his updates of his World War 2 Panzer game series, MBT lets us play with M1 Abrams, M60s, Apache helicopters and A10 tank destroyers plus T-72s and Hinds! Easy to learn with tons of detail.

Age of Conan Strategy Game. Ares Games scores twice on this list with their expansion to their Age of Conan strategy game. Take on the role of a king in the war torn fantasy world of Conan the Barbarian. Try and conquer through both politics and warfare or with magic. If you can enlist Conan on your side he may help you or take the thrown for himself. Epic fun!

Silent Victory. Take command of an American submarine during World War II. This solitaire game features one of the most engaging campaigns ever seen in board gaming. Your heart will skip a beat when you spot a Japanese aircraft carrier in your periscope. Highly recommended for World War 2 solo gamers.

Falling Sky – The Gallic Revolt Against Caesar. We are still reviewing this one owing to its complexity but this game which can be played solo or with up to 4 players certainly seems to be a winner for those who enjoy this time period. (Full Review Coming Soon)

Combat Mission: Final Blitzkrieg. The newest Combat Mission game puts you in charge of either German or American forces during the Battle of the Bulge. Fantastic immersive graphics and stunning atmosphere give you the feel of being right in the heat of battle. The game is non-twitchy, you give your units orders and then hit the button to watch them try and carry them out. Simply beautiful. (For PC) (Full Review Coming Soon)

So either ask Santa Claus to put these little goodies under your Christmas Tree or make sure that this goes on your Chanukah wish list and you can’t go wrong! Have fun gaming and may the dice gods be with you! Happy Holidays from the Armchair General Staff and may 2017 be a great year for us all. 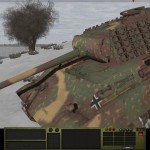 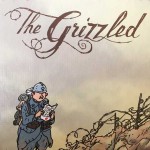 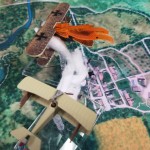 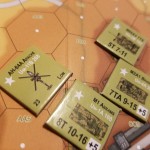 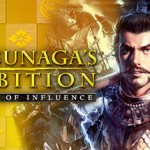